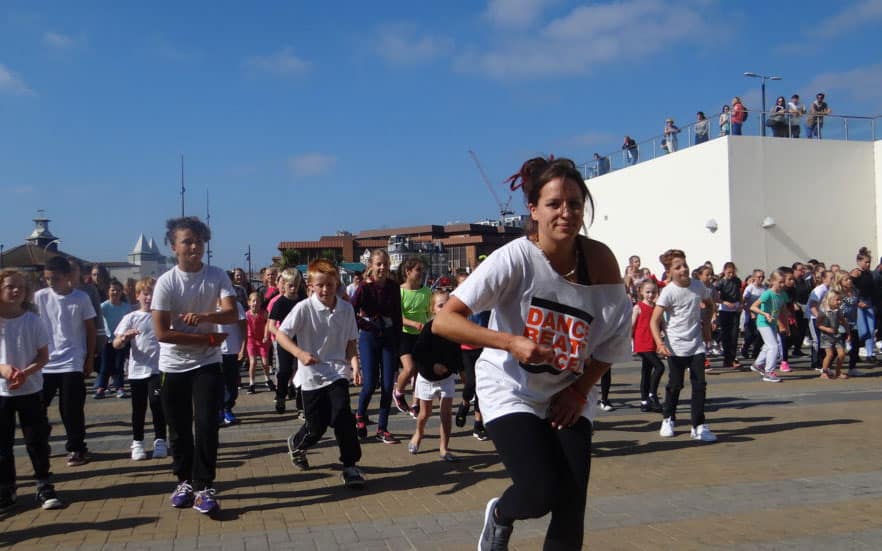 Youth Cancer Trust has been unveiled as one of the finalists for the 2019 Charity Film Awards.

The Charity Film Awards celebrates the effective use of video by the third sector to change mindsets, raise awareness for the charity or fundraise.

The finalists have been through two stages of judging. Fifty thousand people took part in the public voting stage to determine the shortlist. Then the Charity Film Awards panel of expert judges, which included David Eades, Journalist & Newsreader, BBC, Philip Collins, Journalist & Speechwriter, The Times and Georgina Lewis, Head of Marketing the FA, then selected the finalists.

The winners of the Charity Film Awards 2019 will be announced on 26 April at a gala ceremony at the brand new etc.venues 133 Hounsditch in central London.

“This 3.5 year project started as an awareness exercise to enable us to connect with more young people that need our help and support on their journey through cancer. We are honoured and thrilled that the Dance Beats Cancer Project has been so well received and to be a finalist in the Charity Film Awards. Being a small charity, winning this award would be one of our greatest achievements to date. We would like to thank everyone involved in the project and all of our supporters.

As well as our category, we are also entered into ‘The People’s Choice Award’. This prestigious category can be won by any finalist in any of the turnover categories. The award will go to the Finalist who receives the most votes.”

We would like to appeal to readers to vote for us via the Charity Film Awards website or the link below:

What is Youth Cancer Trust?

The Youth Cancer Trust is a charity based in Bournemouth. It provides support and free, activity-based holidays for young people living with cancer in the UK or Ireland.

END_OF_DOCUMENT_TOKEN_TO_BE_REPLACED

A break from cancer

Are you (or do you know someone who is) a young adult living with cancer? We provide an opportunity to have fun and chill out in a safe environment with others who understand what it’s like.

END_OF_DOCUMENT_TOKEN_TO_BE_REPLACED

If you have a story you think people may connect with, please share it with us. We'd like to publish it on our blog.

END_OF_DOCUMENT_TOKEN_TO_BE_REPLACED

Get the latest news, events and more – straight to your inbox.

Any cookies that may not be particularly necessary for the website to function and is used specifically to collect user personal data via analytics, ads, other embedded contents are termed as non-necessary cookies. It is mandatory to procure user consent prior to running these cookies on your website.

Due to the situation with the coronavirus and the government guidance, we have unfortunately had to close the office and holiday home to protect our staff and beneficiaries.

Please do help support us – we need donations more than ever as our community fundraising team is unable to work as normal. You can donate via the button on our home page or please email us if you would like to raise money for Youth Cancer Trust. We really appreciate any help you can give as we will continue to support young people with cancer as best we can now and in the future.

The house is currently closed to visitors until further notice. Please email us if you have an urgent enquiry.